On August 8th 2014 the US began airstrikes against Islamic State (Daesh) in Iraq, expanding operations to Syria on September 23d. In the first 40 weeks of operations, American and its 11 allies had carried out more than 4,000 airstrikes, dropping more than 13,500 munitions. Despite the intensity of the conflict – focused mainly on built-up civilian areas – CENTCOM insisted until May 21st 2015 that it could not officially confirm a single civilian death. Even then, the coalition only admitted to the “likely” deaths of two children in Syria. Airwars believes this to be a significant under-reporting of the facts.

Airwars.org was founded in August 2014 by journalist Chris Woods, who had previously set up and run the respected Drones Project at the Bureau of Investigative Journalism (also a CRN member organisation). The aim with Airwars was to capture and archive all published military reports of the war; to gather information on reported civilian casualties; and to challenge the official narrative when need be. The project transitioned to a purpose-built website in March 2015 thanks to the project’s second core volunteer, BBC data journalist Basile Simon.

Crucially, Airwars also employs two part-time specialist Arabic researchers, who maintain a comprehensive, open source database of all known, credibly reported accounts of civilian non-combatants killed in Iraq and Syria by the coalition. Latin Habib is a respected Iraqi journalist based in Baghdad, while Kinda Haddad is a Dutch-Syrian investigative journalist living in London.

The researchers also draw heavily on the vital work of other monitoring groups in Iraq and Syria which are gathering crucial information on the ground – not just of civilians killed by the coalition, but at the hands of other state- non-state actors. The Syrian Network for Human Rights and the Violations Documentation Centre are also members of the CRN, and other groups such as the Syrian Observatory for Human Rights and Iraq Body Count are vital resources.

Airwars.org and other monitoring groups have already identified a significant number of non-combatants killed in international coalition strikes, allowing to challenge the dominant public narrative that civilians are not being killed in operations. Those at Airwars believe there is a vital public interest in continuing to monitor, scrutinise and challenge military and government narratives of the war. Previous experience also indicates that sustained public scrutiny and pressure can help to reduce the risk to non-combatants on the battlefield. 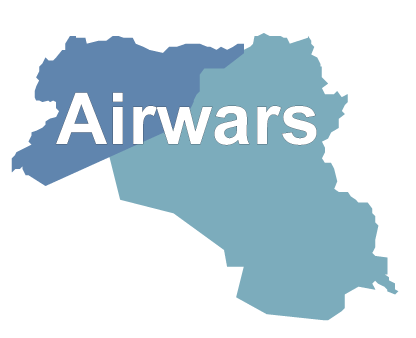