This paper was produced as part of a two year research project into best practice among casualty recorders worldwide, and provides an overview of the range of approaches used by organisations involved in casualty recording. It demonstrates that there are a variety of different but equally valid approaches to casualty recording, influenced by the context and purpose of the project. Importantly, the research shows that despite their differences, high quality casualty recording initiatives are linked by common principles and can feed into each other. An Overview of the Field also considers the potential benefits of standardisation of casualty recording processes, to the extent that this is possible in widely differing contexts.

Key findings of the report include: 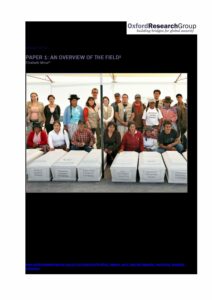 An overview of the field

Additional context and background to the project on which this paper is based is available here. 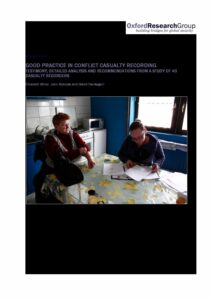 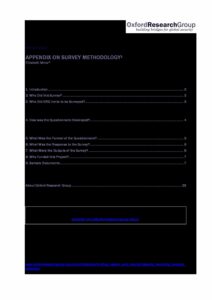 The UN and Casualty Recording: Good Practice and the Need for Action