Humanity and Inclusion-Belgium is an independent international aid organisation working in situations of poverty and exclusion, conflict and disaster.

Working alongside people with disabilities and vulnerable populations, we take action and raise awareness in order to respond to their essential needs, improve their living conditions and promote respect for their dignity and fundamental rights.

The organization also provides support in emergency situations, for instance, in the aftermath of natural disasters and humanitarian crises. Its actions always focus on those suffering from disabilities. The organization’s interventions are not restricted to long-term development activities. It works in 60 countries.

The Belgian section of Humanity and Inclusion manages projects in 11 countries. The organization raises awareness among the public and the authorities about the issue of people with disabilities in developing countries, and also carries out a campaign against anti-personnel mines and cluster munitions. These are done through research, advocacy and programmatic interventions. As co-founder of the International Campaign to Ban Landmines, the organization received the Nobel Peace Prize in 1997. This award was in recognition of its work on behalf of the victims of anti-personnel mines.

With these successes under its belt, HI-B is now broadening is scope towards armed violence, specifically looking at the conventional weapons of war – explosive weapons, small arms and light weapons. To understand the exact breadth of impact on victims and disabilities, HI-B has recently launched a research entitled armed violence and disability. This research report is aimed to guide HI’s future programs on support victims of armed violence as well as advocacy towards victim assistance. 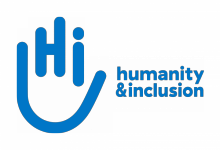