CRN member Action on Armed Violence (AOAV) has released its annual monitoring report on explosive violence worldwide, analysing the global harm from the use of explosive weapons including missiles, artillery and improvised explosive devices (IEDs). The report reveals a 15% increase in civilian deaths and injuries from explosive weapons compared to the previous year. 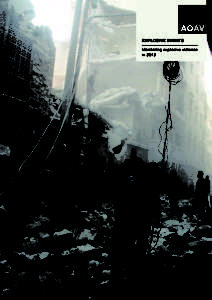